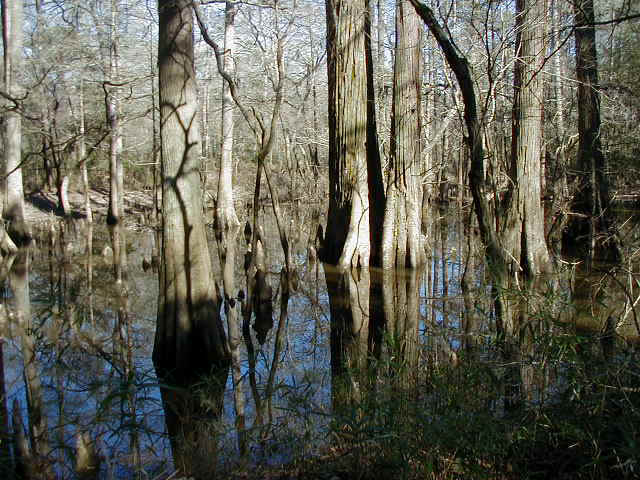 The Big Thicket of East Texas

We’ve all the heard the cliché “truth is stranger than fiction,” but it’s always amazing to find an historical event that one can only imagine happening in a novel. That’s the way I felt when I discovered that six Collins brothers, from Mississippi to Texas, were divided into two different deserter bands that fought against the Confederacy. It doesn’t seem so strange to me now, knowing the strong Unionism of the Collins family, but it struck me at the time as kind of like mining for ore and striking gold.

You see, I was simply seeking additional genealogical information about the Collinses when I shifted my research on Mississippi’s Free State of Jones to Texas. I had stumbled on a small, self-published history of the Texas Collins family written by Vinson Allen Collins, whose name I immediately recognized since he was named for his Unionist uncle of Jones County, Mississippi. I wanted to know more about this branch of the family, especially since the family patriarch, Stacy Collins, had moved to Texas with this branch before dying shortly thereafter.

So then I found yet another family history of the Collinses, this one written by Carr P. Collins Jr., a grandson of the above Vinson Collins. From both works, I learned that the parents and four brothers of the Collinses who later joined the Knight band in Jones County had moved to East Texas around 1852. One of those sons, the great-grandpa of Carr P. Collins Jr., was Warren Jacob Collins, dubbed the “Daniel Boone” of East Texas.

What you won’t learn from either of these Texas family histories is that Warren Jacob Collins, joined by brothers Newton and Stacy, Jr., was the leader of the Big Thicket “jayhawkers” of Hardin County, Texas. Nor is there any mention of “The Free State of Jones” in either book, although Warren’s brothers, Simeon, Riley, and Jasper, were instrumental in forming the Knight band back in Jones County. Only by turning to Texas folklore and local histories did I learn this vital aspect of Texas Collins family history.

And that, my friends, is a perfect example of how thoroughly the Unionism of many of our southern forebears has been buried. The subsequent glorification of the Confederate “Lost Cause” by most Southern (and a good many Northern) writers and politicians in the wake of North/South “reconciliation” during the late-nineteenth century turned all “good” Southerners into diehard supporters of the Confederacy. Many southern families, although thankfully not all, were ashamed to find Unionism in their family backgrounds and felt compelled to hide it.

Much of my motivation for writing The Long Shadow of the Civil War: Southern Dissent and Its Legacies is my determination to “reconcile” the histories of two branches of the Collins family whose Unionist convictions crossed state lines and survived the Civil War. I’m betting there are many more such families of the South. For now, the example of the Collinses demonstrates the ideological strength of Unionism as one important motivation for deserting the Confederate Army.