Thanks to all who attended my lecture on the Free State of Jones on September 10, 2015, at the Lauren Rogers Museum. It was a wonderful evening, and so perfect that it coincided with the 150th anniversary of the Knight Band’s disbandment on September 10, 1865!

Newt and Matthew: The audience appreciated the resemblance!

There’s nothing like having your husband seated in the front row . . . .

Newt Knight’s roster of men was displayed on the Big Screen so folks could scan for family names!

Dorothy Knight Marsh (standing in audience), descendant of Newt and Rachel, received spontaneous applause from the audience after she spoke eloquently about the Knight community.

William E. Harris (on left) with me and Gregg. Bill will appear in the movie, The Free State of Jones, and served as the evening’s photographer. 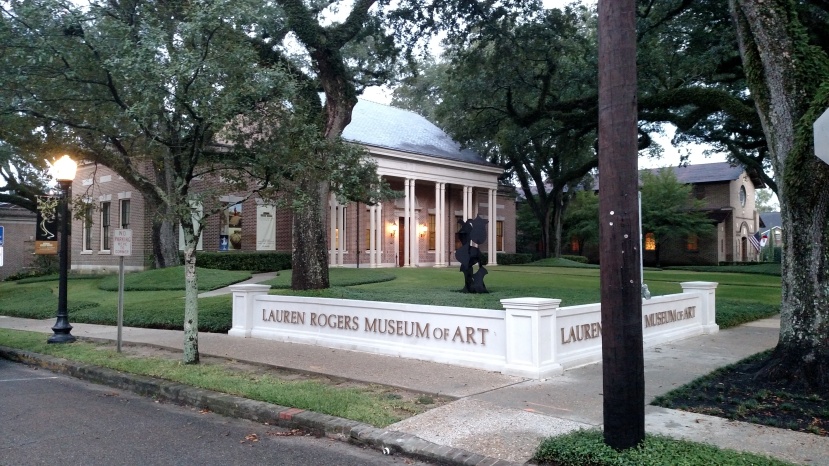 The night before the talk: an evening at the home of Florence Knight Blaylock and Gene Blaylock of Soso. With Dorothy Knight Marsh on far right. Watch for their appearance in the movie, Free State of Jones!

Gregg and me with Kyle Baughman (far left) and Joseph Hosey—both will appear in the movie!—at the Lauren Rogers Museum.

Following my talk, with Joseph Hosey, Gregg Andrews, and Johnny Pool of Ellisville.

At the Anderson-Deason store in Ellisville, with store clerk and Knight descendant Terrica Knight-Hatton.

Categories: The Free State of Jones