A Timely Visit to The Free State of Jones

As announced in an earlier post, on March 4, 2016, I had the pleasure of delivering the keynote address before the annual meeting of the Mississippi Historical Society. William “Brother” Rogers, president of the Mississippi Historical Society and associate director of the John C. Stennis Center of Public Service, had invited me a year earlier in hopes it would be fun as well as informative to have me discuss the Free State of Jones in light of the upcoming movie.

At that meeting, I was honored to meet William Winter,* the former Mississippi governor (1980-84) for whom the William Winter Institute for Racial Reconciliation is named. Gov. Winter personally expressed to me his interest in learning more about Newt Knight, Rachel Knight, and the Jones County’s Civil War uprising.

At breakfast the next morning, I learned from Brother Rogers that Gov. Winter was not only interested in the Free State of Jones, but wanted to visit the area in person. And so, Brother promised to take him there. Accompanying the two on this learning adventure would be Andy Mullins, Mississippi’s preeminent educational reformer, and assistant to Gov. Winter in 1982 when the governor successfully pushed for passage of Mississippi’s landmark Education Reform Act.

In preparation for the trip, Brother wondered if I could provide them with the necessary contacts to visit a few sites—especially Newt Knight’s interracial cemetery and the Amos Deason home in historic Ellisville. After putting Brother in touch with the appropriate Jones County people, I recommended that he contact Joseph Hosey for what I was certain would be the best tour imaginable. Joseph, who will soon be seen hoisting a federal flag up over the Ellisville courthouse in the movie, Free State of Jones, has made it his mission to visit relevant “Free State” sites and graveyards throughout the area.

True to his reputation, on April 4, 2016, Joseph showed his visitors more than they’d ever imagined. Putting together a small entourage of friends involved in both the history and movie about the Free State, he treated Gov. Winter, Brother Rogers, and Andy Mullins to what Brother described to me as an absolutely “fabulous” day. The photos below tell the story! 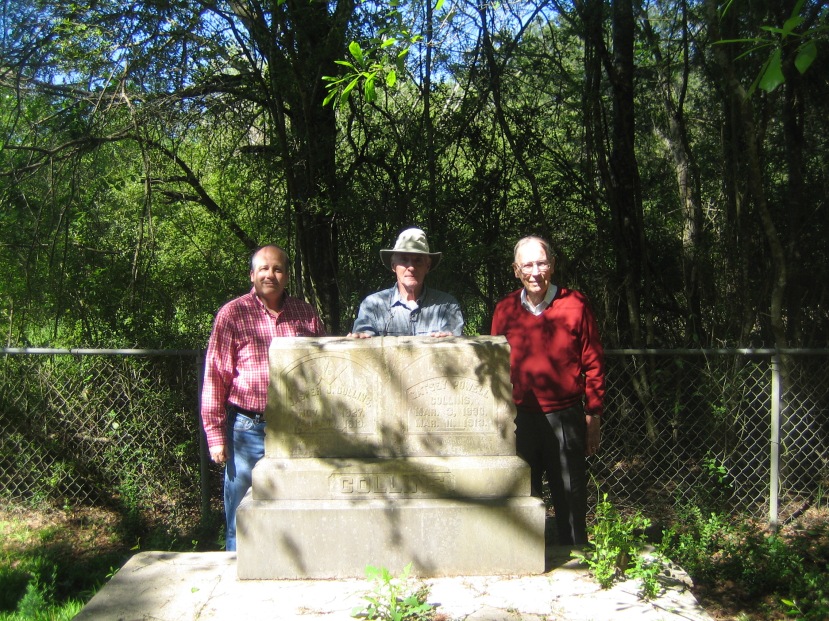 A voice of reason and compromise during the tumultuous civil rights battles, Winter represented the earliest embodiment of the white moderate politicians who emerged throughout the ‘New South.’ His leadership played a pivotal role in ushering in the New Mississippi: a society that moved beyond the racial caste system that had defined life in the state for almost a century after emancipation. In many ways, Winter’s story over nine decades is also the story of the evolution of Mississippi in the second half of the twentieth century.

Categories: The Free State of Jones